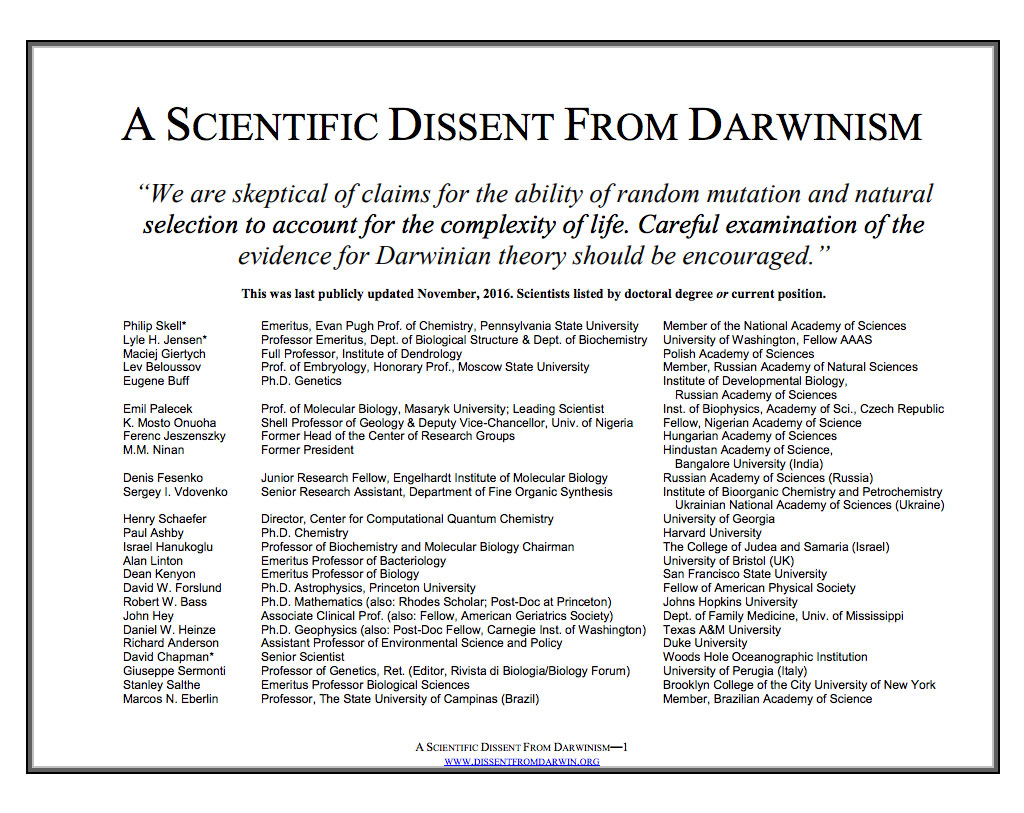 About 1,000 scientists from around the world:

“We are skeptical about claims that random mutations and natural selection can explain the complexity of life A careful examination of the evidence in favor of Darwinian theory should be encouraged. “

“The new scientific evidence discovered in recent decades in disciplines such as cosmology, physics, biology, research into” artificial intelligence “and others, has prompted scientists to question the selection natural, the fundamental principle of Darwinism, and to study the evidence that sustains it in a more detailed way.

Did you know that a growing number of scientists doubt the Darwinian theory of evolution?

However, television programs, educational policy statements and science textbooks claim that the Darwinian theory of evolution fully explains the complexity of living beings. In addition, the public has been assured that all the known evidence supports Darwinism and that practically all scientists in the world believe in the veracity of it.

The scientists on this list challenge the first claim and present themselves as a living testimony against the second. Since the Discovery Institute launched this list in 2001, hundreds of scientists have boldly volunteered to sign the document.

The list is growing and currently includes scientists from the National Academy of Sciences of the USA, the National Academies of Russia, Hungary and Czechoslovakia, as well as universities such as Yale, Princeton, Stanford, MIT, UC Berkeley, UCLA and others.

See full online list of signatories of Dissent from darwinism