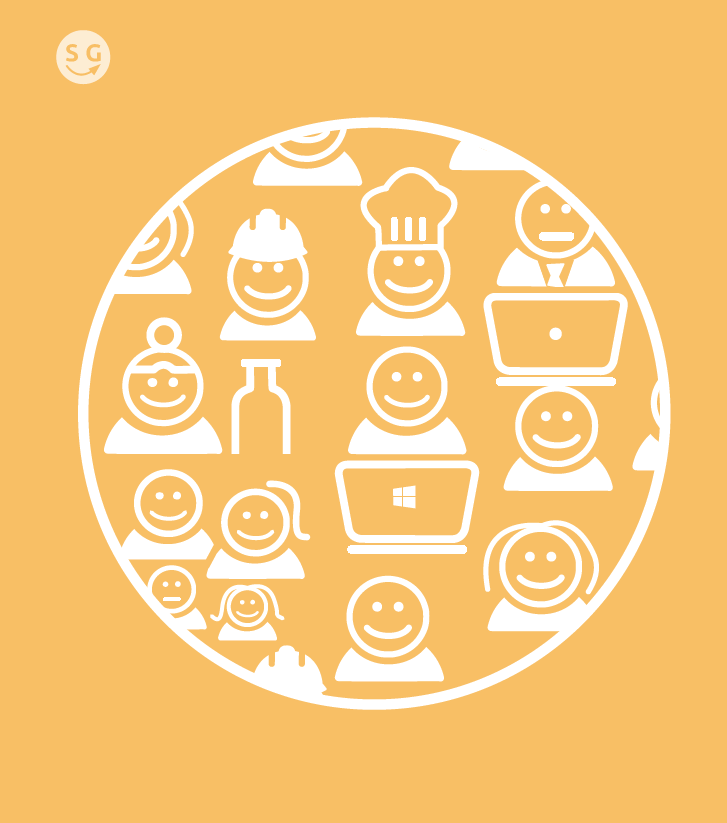 Presentation of the project

Presentation of the project

We are currently making the video in English, if you wish you can watch it in Spanish.

We’re made up of collective professionals from different fields of work and culture.

Some of us are graduates and others are still studying. Very few of us have our doctorates.

We speak different languages.
When we started there were only three languages.
Today, there are 11 languages, which are the following:
Spanish, Catalan, Chinese, Finnish, French, Greek, English, Italian, Japanese, Portuguese and Russian.

We are, for now, in 12 countries: Argentina, Brazil, Spain, the United States, Finland, France, Greece, Italy, Japan, Portugal, the United Kingdom and Switzerland.

We are united, simply, that we have identified with this intuition:

These are the two starting points:

God does not exist

Because there are no other options.

Or life originated on its own through natural forcesor was designed by some Intelligence.

George Wald, who won a Nobel Prize in Medicine and being a Darwinist, affirmed this in 1967:
“When we are talking about the subject of origin of life, there are only two possibilities.1

“One is that life started from the spontaneous generation that leads to evolution.
“The other possibility is that the supernatural creativity is of God. There is no third possibility.”

These are words of a Nobel Prize winner, who opted for the first hypothesis, because he didn’t wantto believe in God (according to his own words).

Some of us have always believed in God.

Some of us dubted, but we were not worried about this matter.

And some of us simply didn’t believe.

But, the texts of many scientists have shown us that the spontaneous generation that leads to evolution is unfeasible.

There are a lot of tests.

Therefore: the rigorous study of life seems to lead to the existence of a very intelligent being, the trainer of life.

This is our intuition.

And we want to share our work with you.

We are not attached, as a collective, to any creed, neither religious nor scientific.

We do not have a profitable motive.
Our contribution is voluntary.

We believe that the Science and knowledge of everything that exists does not distance us from a transcendent origin.

We agree with this phrase attributed to Louis Pasteur:

According to the Encyclopedia Britannica, Louis Pasteur was one of the most important founders of medical microbiology. His contributions to science, technology and medicine are almost unprecedented.

“A little bit of science takes us away from God A lot of Science, brings us closer to Him.2

As Francis Bacon affirmed: “A little philosophy inclines the mind of man towardsatheism, but the depth in philosophy brings the minds of men to the belief“.3

Francis Bacon is considered one of the pioneers of modern scientific thought.

We have set out to help clarify that Science doesn’t deny the existence of a creative Being.

There are those who think that they deny it, but that idea is based more on beliefs than on evidence.

It is a belief camouflaged in science.

A belief, in addition, many times simplistic.

because it’s promoted by material of materialist ideology that it is distributed as science.

Since we were little we were already taught at school.

Also in the institute and in the university.

However, we have discovered that there are enough scientific evidence (many of them being recent) that don’t confirm the material origin of life,
before they indicate that life was projected, with a purpose.

Do you want to discover it too?

Scientists and doctors from all over the world, in a public and documented way, question that the origin of life is due to simple physical and chemical changes, without any planning.4

“We are skeptical about the claims that the random mutations and the natural selection can explain the complexity of life . A careful examination of the evidence in favor of Darwinian theory should be encouraged.”

They are specialists in very diverse disciplines, such as:

Currently there are more than 1,000 PhDs who have dared to publish their name, without fear.4

During the second half of the last century these public initiatives were not possible.

Nobody dared to question it.

In the presentation of Discovery Science (promoter entity of this document we can find this phrase:

“When it comes to evolution, persecution is a all well-known fact of academic life.
Endorsing Darwinian evolution is the safe careerist move, while questioning it can easily mean the end of your career“.5
Ver texto original.

But since the late 90s, this fear has been disappearing, progressively.

The list of scientists who have publicly expressed their support for these theories is growing.

Currently includes scientists from the National Academies of Sciences of the USA, Brazil, Russia, Hungary and the Czech Republic,
and from universities such as Yale, Princeton, Stanford, MIT, UC Berkeley, UCLA, UNICAMP and others. 5

They affirm that the Darwinian theory of evolution does not explain the complexity of living beings or the universe.

This growing number of scientists confirms, based on new discoveries,
that the current diversity of living species on earth can not be the product of evolution, be it in thousands or millions of years.

It is not scientifically possible.

In another video we will explain the difference between variability and evolution.

Variability is a fact, verifiable.

The transformation of some species into others is a assumption that has not been and can not be proven, since it is assumed that it only occurs in a inexperienced lapse of millions of years.

These 1,000 scientists and many others question, likewise, natural selection, the fundamental Darwinian principle accepted in today’s world as an unquestionable truth.

Even scientists of the stature of Thomas Nagel – who considers himself an atheist – wrote in 2012:

Thomas Nagel:
“I want to defend my reaction of disbelief against the neo-Darwinist reductionist view of the origin and evolution of life.
“It is highly unlikely that life is the result of a sequence of physical accidents together with the mechanism of natural selection and my skepticism is not based on religious belief.”6

We respect all ideas and do not want to offend those who, under the pretense of being based on objective science, believe that the existence of a Creator is somewhat backward, outdated, unscientific.

We respect them for two reasons:

1. Because we do not see bad intention in many of those people. Some of us had shared their ideas for a longer or shorter time of our lives.

2. In the majority, this belief does not come from a personal process of reflection but is based on a confidence – perhaps excessive – in the intellectuals of that current of thought that,

because it’s a majority,

has ended imposing itself on public opinion.

Those Dogmas dresses Science are publicized through:

Most of us are not scientists.

Therefore we do not express here our own opinions because we understand that they are not relevant.

For this reason we do not advertise our own name either. We do not want to promote ourselves or seek any economic benefit or personal prestige.

We are open to collaborate with all those who share these principles.

Do you want to collaborate with us?

We want to spread these things because we have realized that they are very beneficial for the human being,
that it is something true that brings peace to our mind.

At the moment we want to do it in the 11 languages that, between us, we know.

If you know another, you are welcome to collaborate!

It is important to point out that we do not share or support writings or audiovisual materials that, in their attempt (in some sincere cases) to justify the Creator,
attack people, use pejorative expressions or use personal opinions as if they were scientific arguments.

Sometimes they are not, because uncertain or propagandistic statements of some dogma or religious institution are detected.

Our mission is to communicate the conclusions of the Demonstrable Science, which presents tests and evidence.

We quote verbatim scientific texts, with exact references of the provenance of the documents from which they were extracted.

If you find any erroneous quotations, please let us know that, as far as possible, we will correct it.

Quoting texts from scientists we do not intend to glorify them in anything.

A scientist is a human being.

Throughout history, scientists have committed errors. But this is and will always be like this. There are conclusions that, sometimes, did not have enough data.

But the real Science (with ‘C’ capital) was moving in this way. Based on the doubt.

Science really was detecting the errors, the incomplete theories, the hasty statements and, in view of new tests and new evidences,
The scientific knowledge has been progressing.

That is why we do not exalt the scientists, but we accept the Science well done, without ideas or personal opinions.

The Creator of all things.

Images
The images used in this document are free of rights and comply with the Wikimedia Commons, the free media repository standard. Some photograph whose authorship needs to be mentioned, so it is stated at the bottom of said photograph.

Idea, script, texts and voices
The team of